During this COVID 19 pandemic, I have been drinking
multiple cups/pots of tea daily.
They said hot beverages are good for us at this time.
(That's my excuse and I'm sticking to it.)
I have also read several books including
An Uncommon Woman by my friend Laura Frantz,
a Christy Award winner and bestselling author of eleven novels.
This book, about an eighteenth century woman, Tessa Swan and her family,
is set on the western Virginia frontier. The fort commander, Clay Tygart, raised by Lenape Indians, is determined to avoid any romantic involvement with the beautiful Tessa.
But when she is taken captive by the same tribe he had left, his heart can't resist.
﻿
Posted by Linda Jennings at 10:57 AM 2 comments:

Email ThisBlogThis!Share to TwitterShare to FacebookShare to Pinterest
Labels: Books 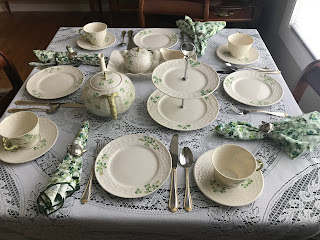 Most cities, including Dublin, have canceled St.Patrick's Day celebrations. 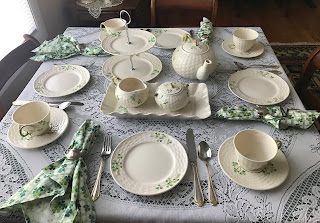 This week I am celebrating with my Belleek china purchased
at the Belleek factory on our 2018 trip to Ireland. 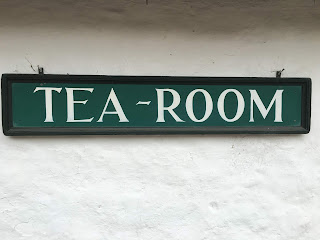 We loved our 2015 trip to Ireland, but I only purchased a few items. 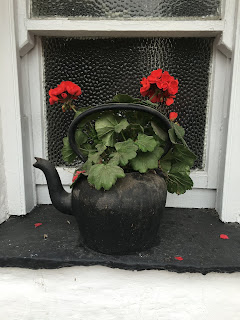 And, today our May 2019 travel plans to Ireland were postponed to 2021.
Wishing everyone and safe and healthy St. Patrick's Day 2020. 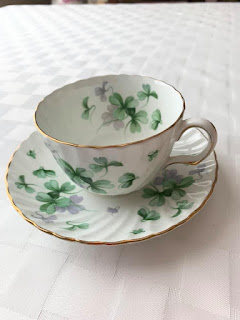 Celebrating the month of March "Linda-style" with vintage shamrock china.
This teacup saucer is Adderley in the "Shamrock" pattern and is "new to me." 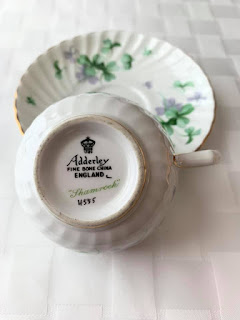 Also, the small cream and sugar to match. 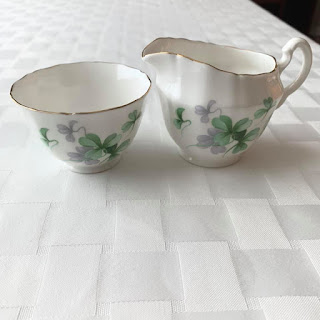 Collecting small cream and sugar sets is a somewhat new passion for me.
Happy March to all! ﻿
Posted by Linda Jennings at 7:30 AM 2 comments: 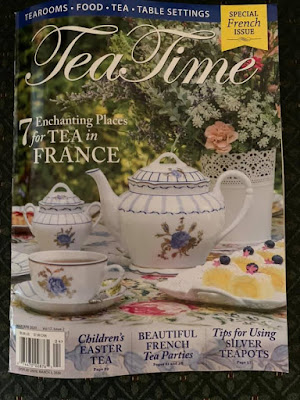 TeaTime arrived in the mail today.
It's time to relax and enjoy reading with a nice cuppa.﻿
Posted by Linda Jennings at 5:18 PM 2 comments: 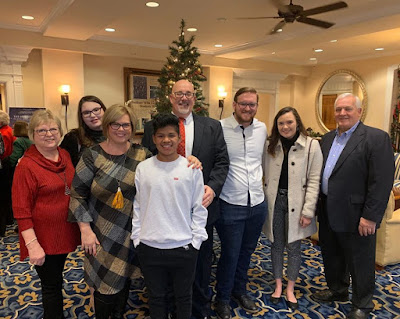 Merry Christmas from our family.﻿
Posted by Linda Jennings at 6:20 PM 1 comment:

Email ThisBlogThis!Share to TwitterShare to FacebookShare to Pinterest
Labels: Christmas 2019

Time for a Blog Break

I appreciate the blog reader friends who visit here.
I regret that I am receiving far too many spam comments
therefore, I'm taking a break.
Linda
Posted by Linda Jennings at 8:48 PM 3 comments: 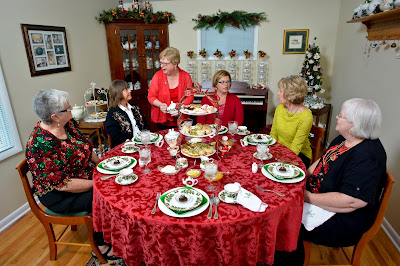 The editor of Kentucky Living Magazine called me in June 2013 upon the suggestion of
Bruce Richardson of Elmwood Inn Fine Teas.  The magazine wanted to run an article
in November 2013 about a Kentucky family who celebrates yearly with
a Christmas afternoon tea.  Fast forward a couple of months -- the very talented
photographer, Tim Webb,called and wanted to come on a weekday morning
in August with the magazine's artistic director.
The kids were just starting the school year and the husband was at work, so what was I to do?  I called my friends Mary, Lynn, Patty and Alice and my daughter, Melissa,
who drove 2 hours from N. KY for the photo shoot.
The real trick was decorating for Christmas in August while hosting a Japanese exchange
student and continuing normal family life. 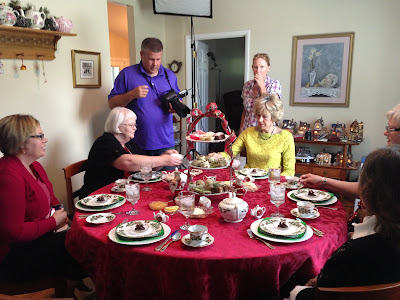 First, I promised Glenn I would decorate only one room in the house,
the tea room, and that we would leave up those decorations through Christmas.
He dug the decorations out of storage in the basement
and the decorating began. Fortunately, Hobby Lobby had begun to set out
Christmas decorations, but there were no peppermint candy canes anyplace.
We not only had to decorate, but we also had to plan a menu and serve a full afternoon tea.
Thank goodness for friends!
Everyone made food items and contributed to the successful event. 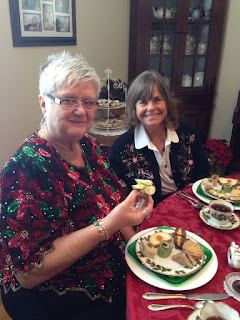 Above: Mary and Lynn
Below: Patty 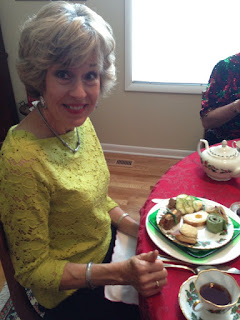 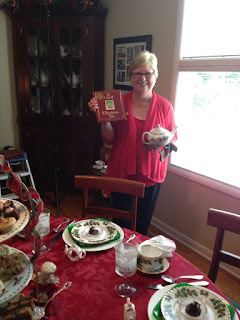 That's me, above, holding the book a Christmas Cup of Tea,
my gift for each of them, and the very hot pot of tea.
Alice is below 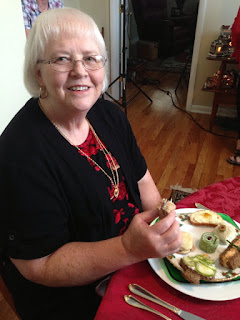 Melissa, Mary and me. 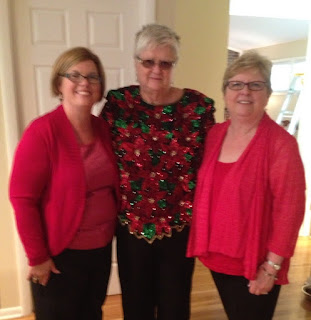 I am not a food stylist, and there were a few little mistakes I see
as I look back at the photos.  We were trying to dress for Christmas while
wearing sandals in the hot August humid temperatures.
What fun memories! 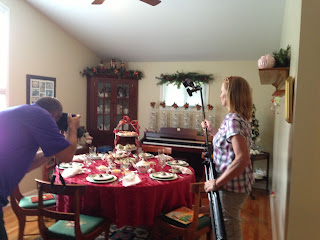 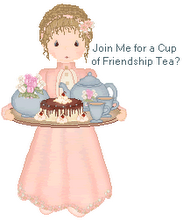 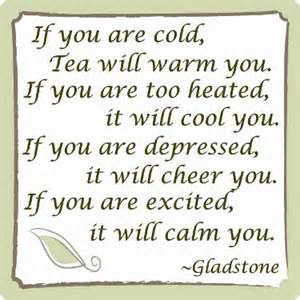 Welcome to Linda's Friendship Tea, a blog about the rambling thoughts and daily happenings in the life of Linda J. who is passionate about family, life in Kentucky, travel and all things TEA. After ten years of blogging, my blog Friendshiptea.net was cancelled due to an error. I have started over with this blog. Thank you for visiting and for your comments. 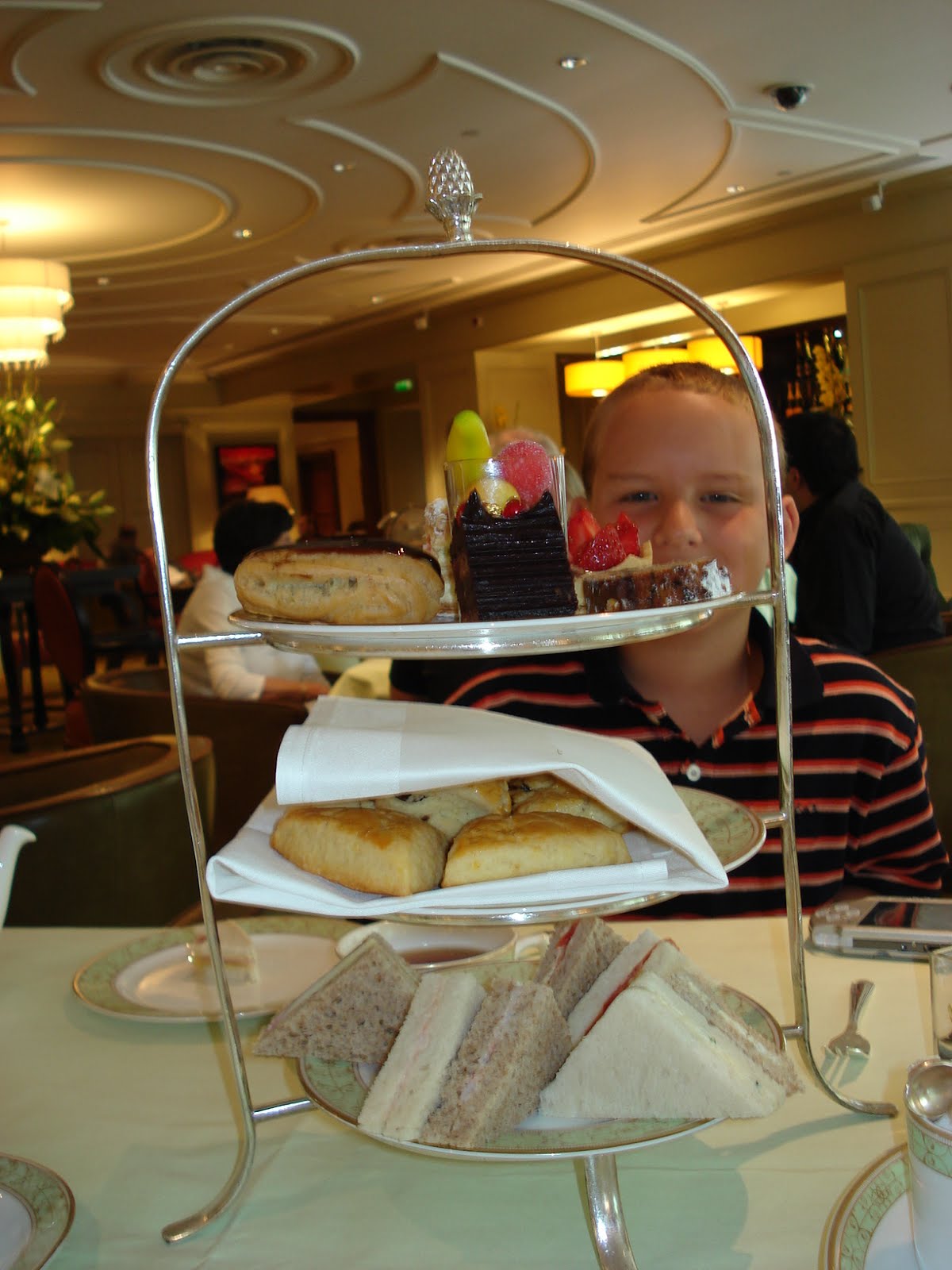 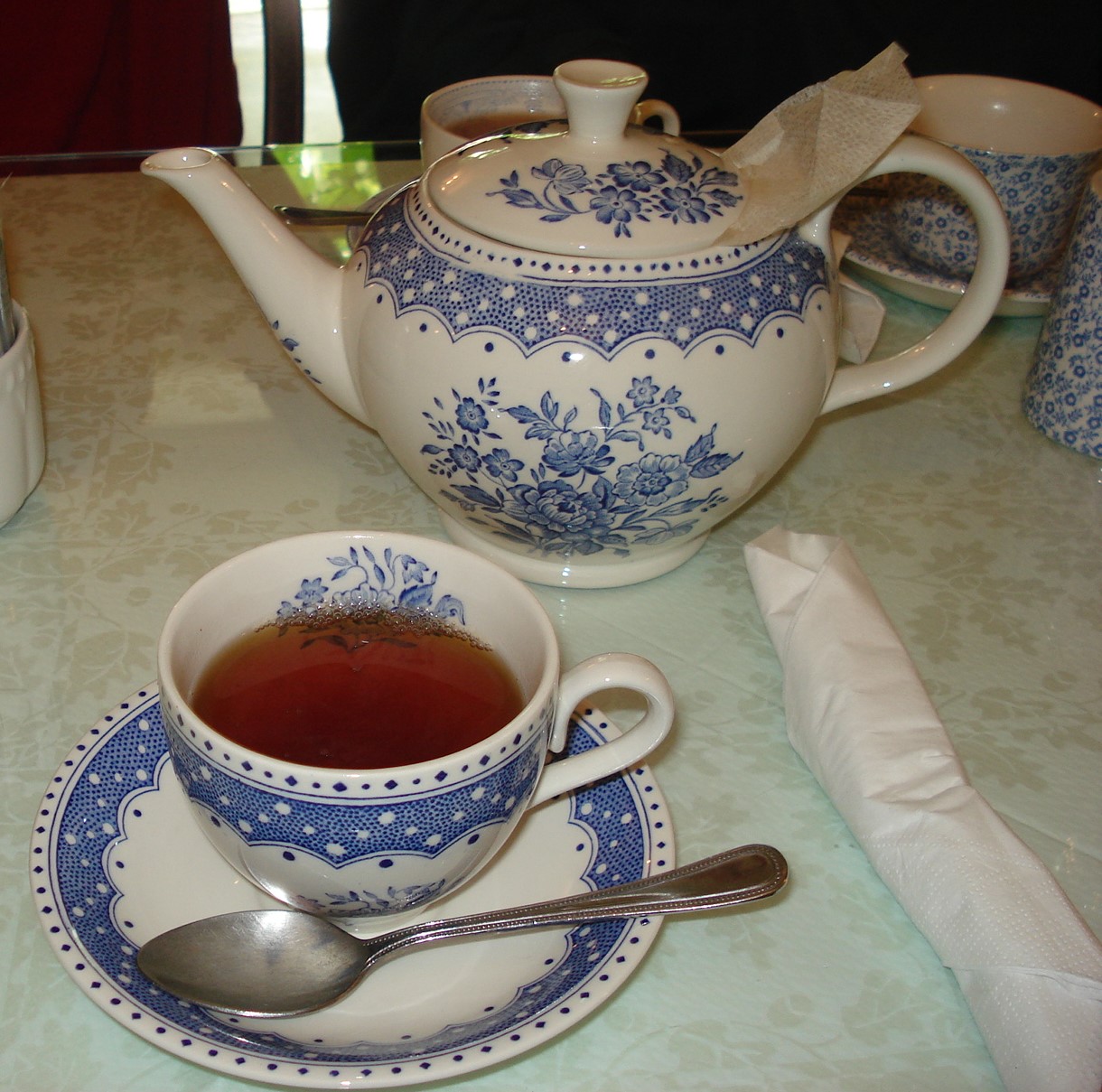